Custom onesies for a baby shower

The craft: Custom onesies made with quilting fabric and heat and bond

Supplies needed: Plain cotton onesies in various sizes, 100% cotton quilting fabric in various colors and patterns, fusible webbing (light/medium weight – we used heat’n’bond), stencils appropriate for baby garments (I also brought my Fiskars Fuse and some dies to cut some of them), scissors, pencils, iron and surface to iron on, fabric markers (optional)

My mother and I did some testing the week before the event to see what kind of fusible we wanted to use for the project.  On the day of the shower, we showed up with the onesies and all of our supplies and set up for the craft. It was a total hit.  The onesies that people made for my niece were beautiful and according to my sister-in-law’s mom, everyone enjoyed making them, too.  The craft station was the very last thing we packed up at the end of the event because people were still making their onesies up until they kicked us out of the room. Even the servers who came through were impressed by what they saw us doing.  One told me she’d seen similar things done at other showers, but none of them were as pretty or as nice as what we accomplished. 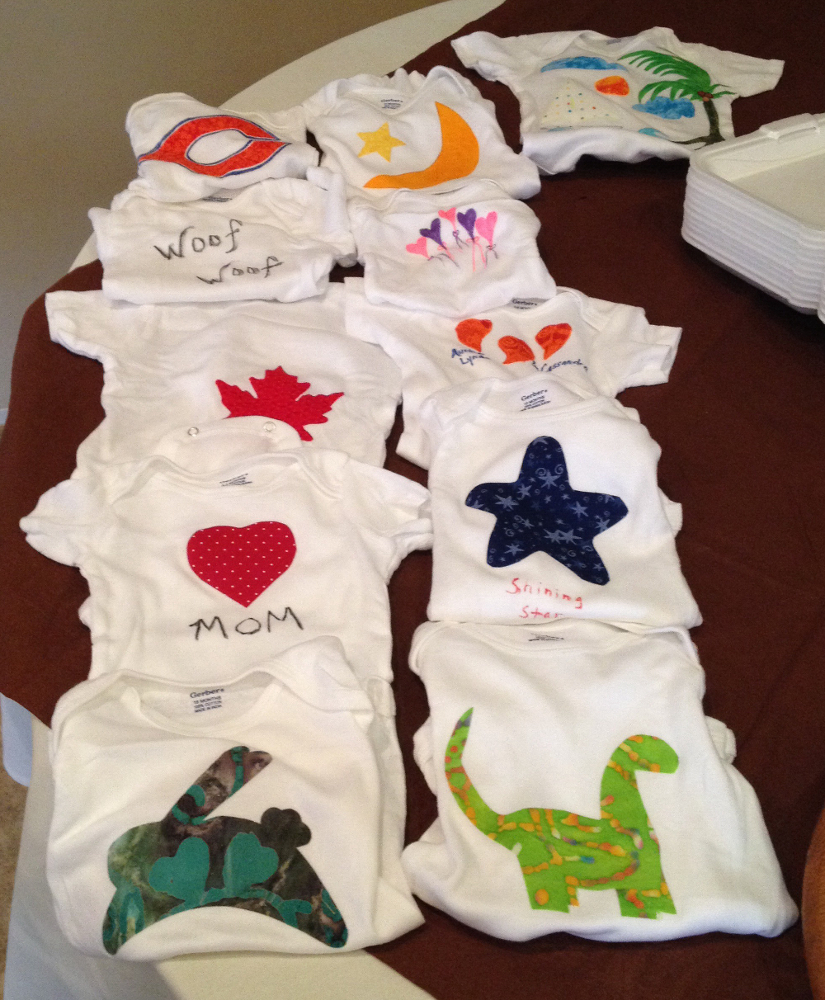 We’ve still got some onesies to make because we didn’t use all of them.  However, we hadn’t brought pink and purple fabric to the shower on purpose because until the shower, we didn’t know the gender of the baby.  Now that we do, my mother, sister, and I will be able to make some adorable pink and purple onesies once my sister comes home from college.